I was rolling the other day. I had new ideas. I was writing away with enthusiasm. This hasn’t happened much over the past months. As every writer knows, writers’ block is an insidious little ailment that attacks unannounced. It can be disastrous for a writer who makes a living writing. Luckily for me (not dependent on a writer’s income and with lots of other stuff I am supposed to be doing), it’s just incredibly annoying. But the other day, the whole block thing seemed to lift and magically there was Rose was on a date and Daisy and Angela playing with the Ouija board. 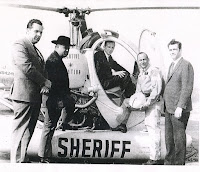 And it was, indeed, an emergency. There was a bench warrant out for my arrest. According to Sgt. Darren Jacob of the Prince George’s County Sheriff’s Office, I had missed a summons to Grand Jury duty and Judge Herman C. Dawson had issued an arrest warrant.

Yes, now of course I feel like a total fool. I can hear you laughing at my stupidity. But if someone who sounds official (and this guy had his act down very well) starts a conversation out of the blue with a person who never goes out the IN door, always returns her shopping cart to the corral, and waits for the green light even when there is not a car in sight, with “Mrs. Petersen, I am calling about a bench warrant issued in your name,” Mrs. Petersen freaks out!

I am not altogether an idiot. A little piece of my brain was saying, “This isn’t right.” There were things that weren’t making sense. A summons in mid-May for an appearance in June. Not likely. No information on the caller ID. Wrong. But every time I would consider this he would say something about my imminent arrest. And he hadn’t brought up money or needing my social security number, just scheduling a court date. So by this time I was almost in tears and handed the phone to Tom (my husband) and told him what this man was saying.

Having a moment to center my self and to reflect while Tom talked to him, I thought to call the actual Sheriff’s Department for verification. The woman was very nice as she chuckled and said, “No honey, we don’t do things that way. Call 911 and report him.”

At this point Sgt. Jacob was telling Tom that he would need $318 that I would get back were I to be found not guilty. I should go to the Safeway and get a PayPal gift card and call him back with the information. Well, even if I hadn’t just talked to the Sheriffs Office, I would have caught on. Even I can see through a load of manure in time. Since when won’t a government agency take a credit card. He also wanted our cell phone numbers. He didn’t get them. He did call back several times that afternoon. I suppose he figured he had a live one and wanted his PayPal information. He didn’t get it.

What irked me most about the whole thing was not how idiotic I felt falling for this line for even a minute, but that he had completely put me off course. I never did get back to that Ouija board reading that day. But the good news is the block has been lifted, I haven’t been arrested, and I got a blog out of it!

One thought on “Writer’s Block and a Con Man”